The Department of Malayalam started in 1965 at the very beginning of the college. The department always tries to be modern and innovative in every sense. The department tries its level best to promote the study of Malayalam Language and Literature as second language at the UG level. Apart from the syllabus oriented academic activities, it also conducts a number of co- curricular and extra- curricular activities. They include manuscript magazines, production of short films and documentaries and so on. The Department publishes regularly a campus newspaper named “MATRUDARSINI” (മാതൃദർശിനി), from 2015 onwards [ The Sanskrit name “Matrudarsini” means one who sees the mother ]. Since its inception, the department is fortunate to have an extremely dynamic faculty. It is unique with 100% Ph.D. holders and they are priests as well.

The Department also has a fairly good collection of books which contain classical works and reference material in Malayalam Language and Literature. 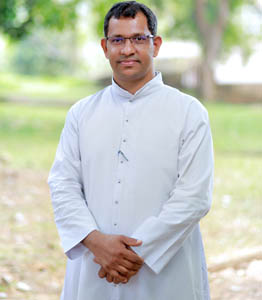